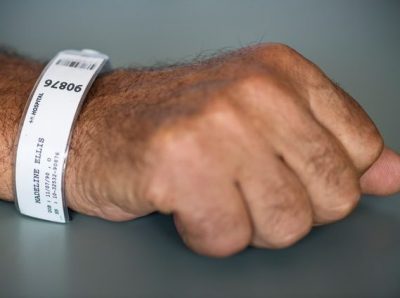 Scripture for Today: Isaiah 44:5 “Some will say, ‘I belong to the Lord’; others will call themselves by the name of Jacob; still others will write on their hand, ‘The Lord’s,’ and will take the name Israel.”

They took the wrong man off life support!  It happened in Chicago where a man was unrecognizable due to facial bruising and the ventilator tubing.  Rather than identify him through fingerprints, the staff used a mug shot.  The man’s sisters were called and because they had not had much contact with their brother, they took the word of the hospital staff and made the decision to remove him from life support.  Imagine the surprise of the family when later their brother just walked in the door!

There will be no such confusion for those who belong in God’s family!  Today’s verse talks about a time in Israel’s history where there was an influx of proselytes.  This verse describes the very public manner in which they made their profession of their new attachment to the one and only true God.  Some of these new converts went as far as writing on their hand, “the Lord’s.”  Just as a slave was branded with the name of his master or the soldier was marked with the name of his commander, so the new convert was identified with God and the people of God.

Thank you Lord, that I belong to You.